What Constitutes an Emergency?! 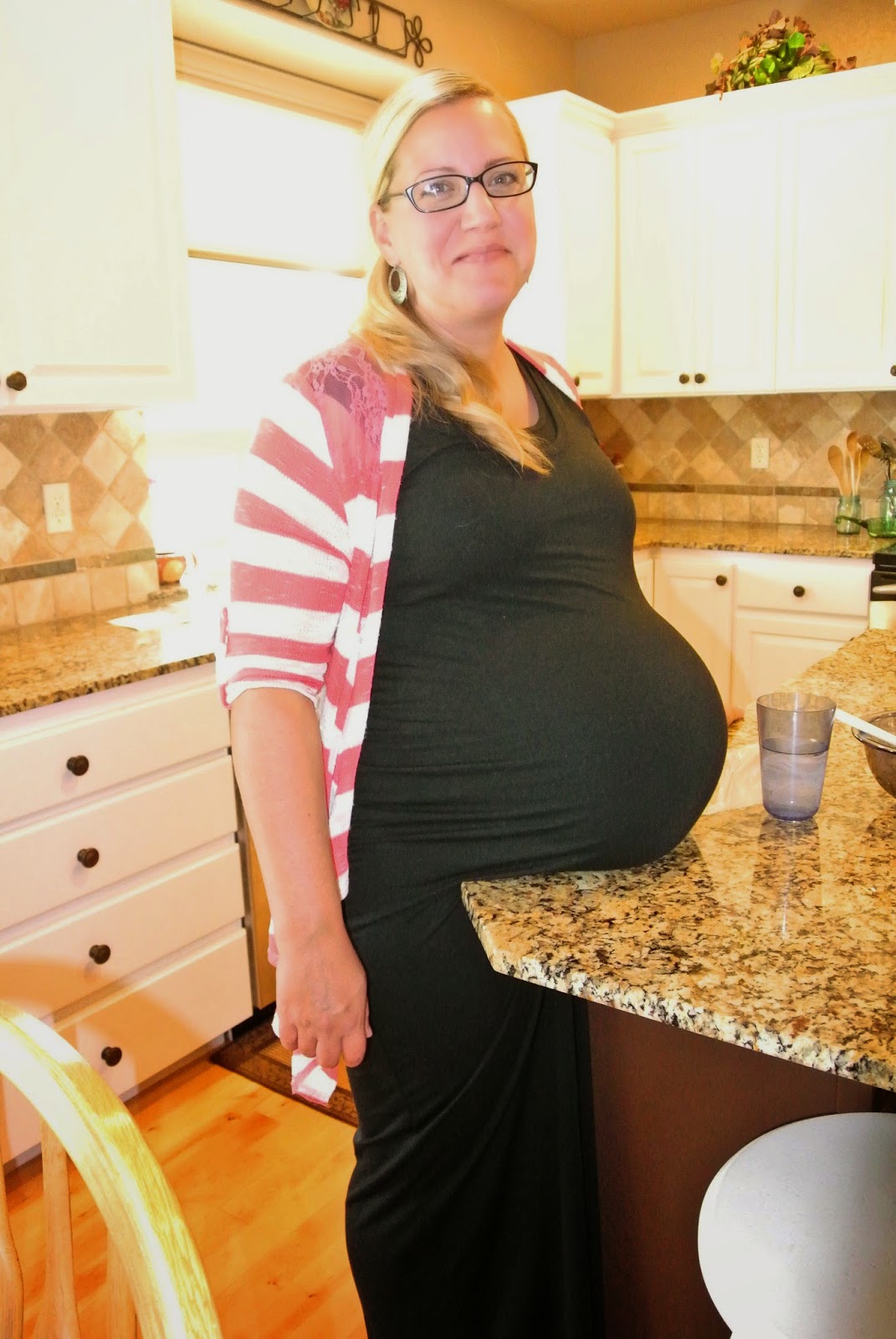 This lovely lady is one of my all time favorite people.  (Doesn't she look great resting her belly on my countertop?!)  Our husbands have been best friends since grade school, so when we all got married, the 4 of us quickly became inseparable.  I was able to support Emily during the birth of her 4th child a little over 5 years ago.  Even though her son had spina bifida, she was able to have a completely intervention-free birth.  We were planning on the same for this baby....

We were a little wrong.

Due to low amniotic fluid, Emily was scheduled for an induction early in the morning on August 20th.  But when she arrived, they discovered that her baby was breech!  The doctor immediately suggest an emergency cesarean.  Wait, what?

This baby was not in distress, nor was this woman in labor.  I'm really struggling to see the emergency in this scenario, so I'm going to say this doctor either really over reacted, or just really loves doing cesareans....

Thankfully, the anesthesiologist would not allow the cesarean for 6 hours because Emily had eaten breakfast.  So since this wasn't a really emergency, and there was quite a bit of risk involved in doing a cesarean after a meal, Emily and her husband were given til 1:00 pm to turn their baby.  When the doctor came back at 1:00, their little guy was soooooo close to being head down.  Reluctantly, the doctor helped her baby get in head down position.

It took about 45 seconds.
FORTY-FIVE seconds determined the type of birth she would have.  Wow.

Pitocin was administered immediately, and we all did everything we could think of to keep that little boy head down.  Contractions were very mild at first, and didn't start becoming difficult until about 4:00 pm.  The contractions were 2 to 3 minutes apart the entire time.  That doesn't give mom much time to rest, but Emily was handling them wonderfully! 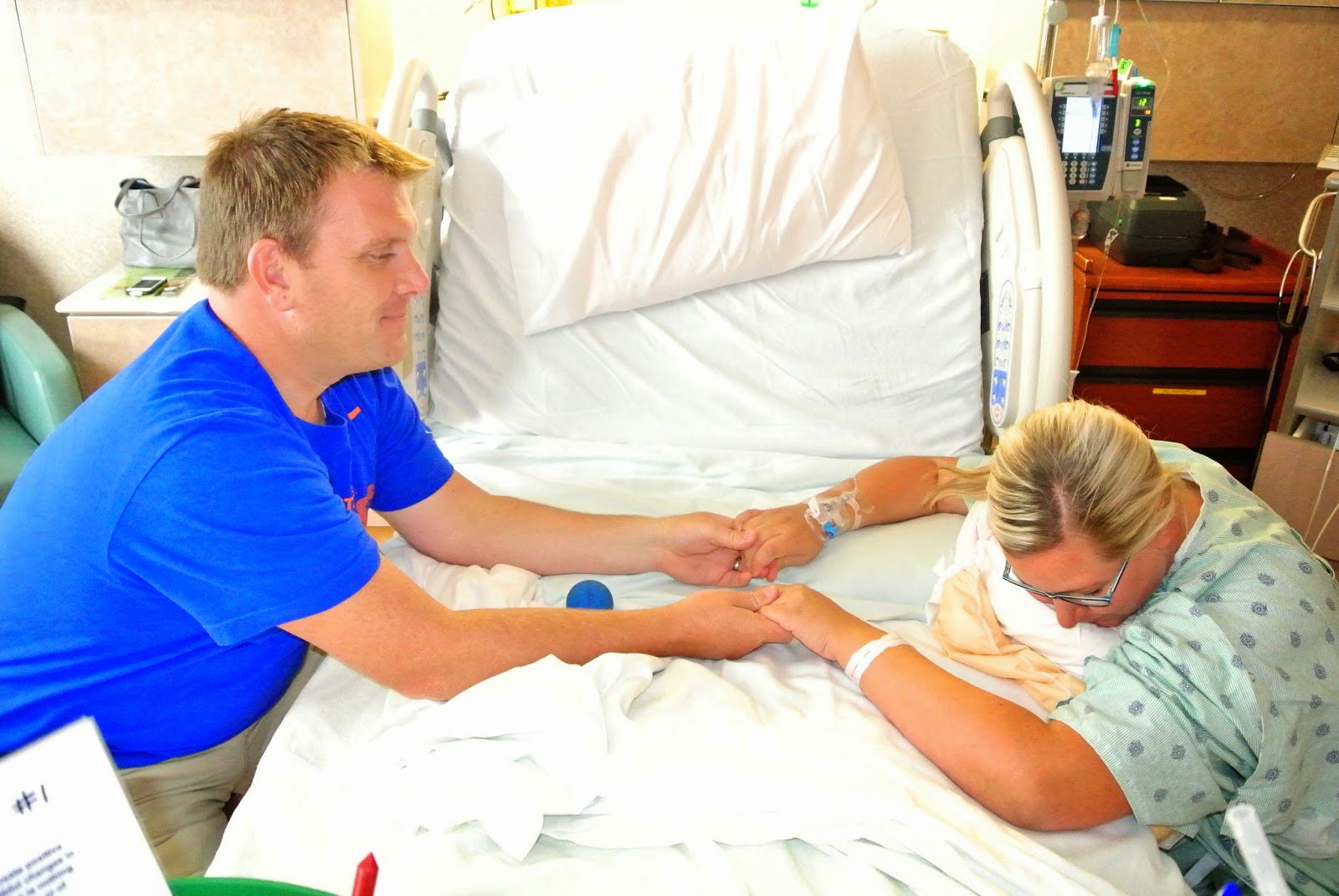 At 5:20, Emily was dilated 3 cm, which was progress from the 1 cm she was at that morning.  But her baby was still not engaging in the pelvis.  She labored on the ball, walked, and squatted throughout. 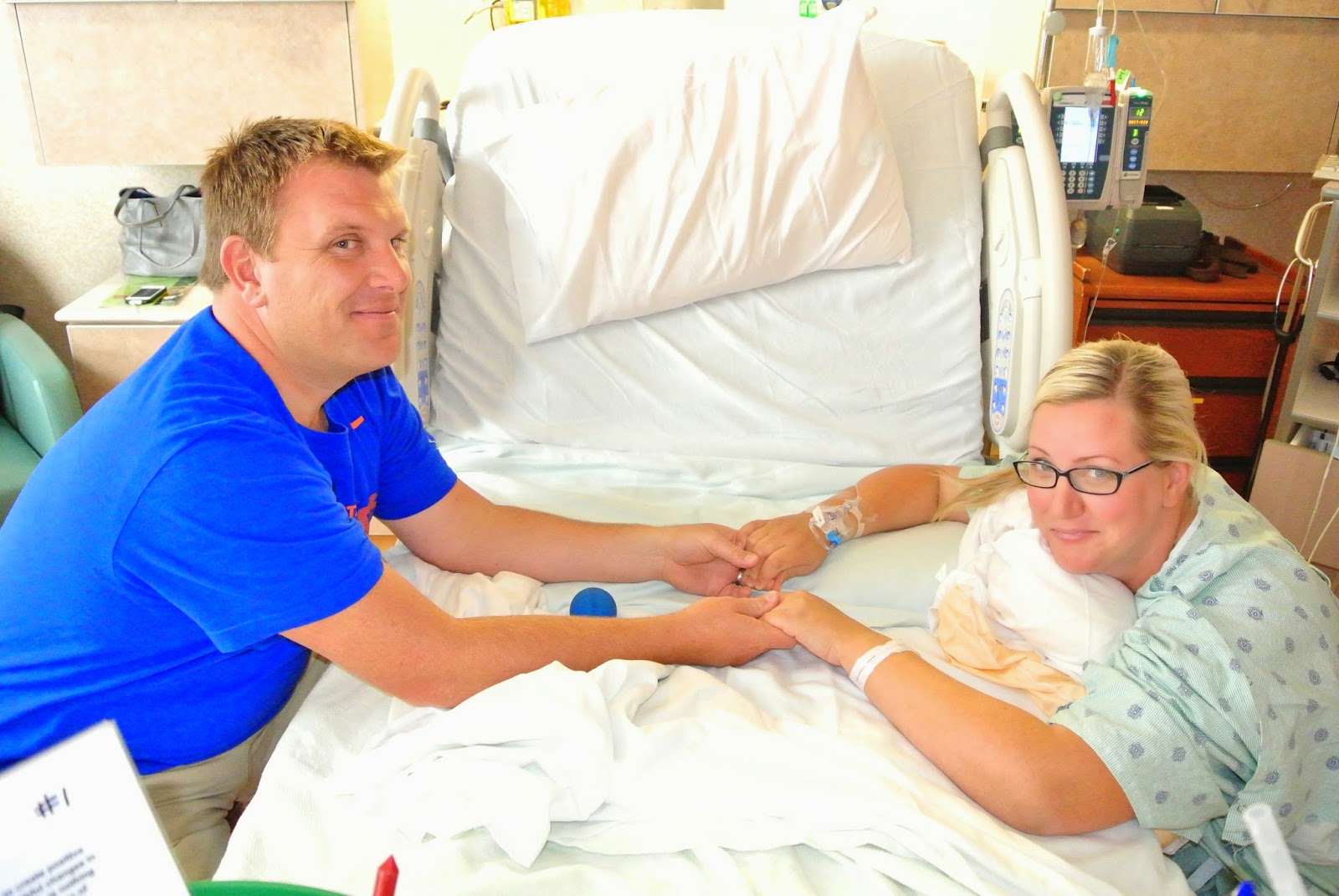 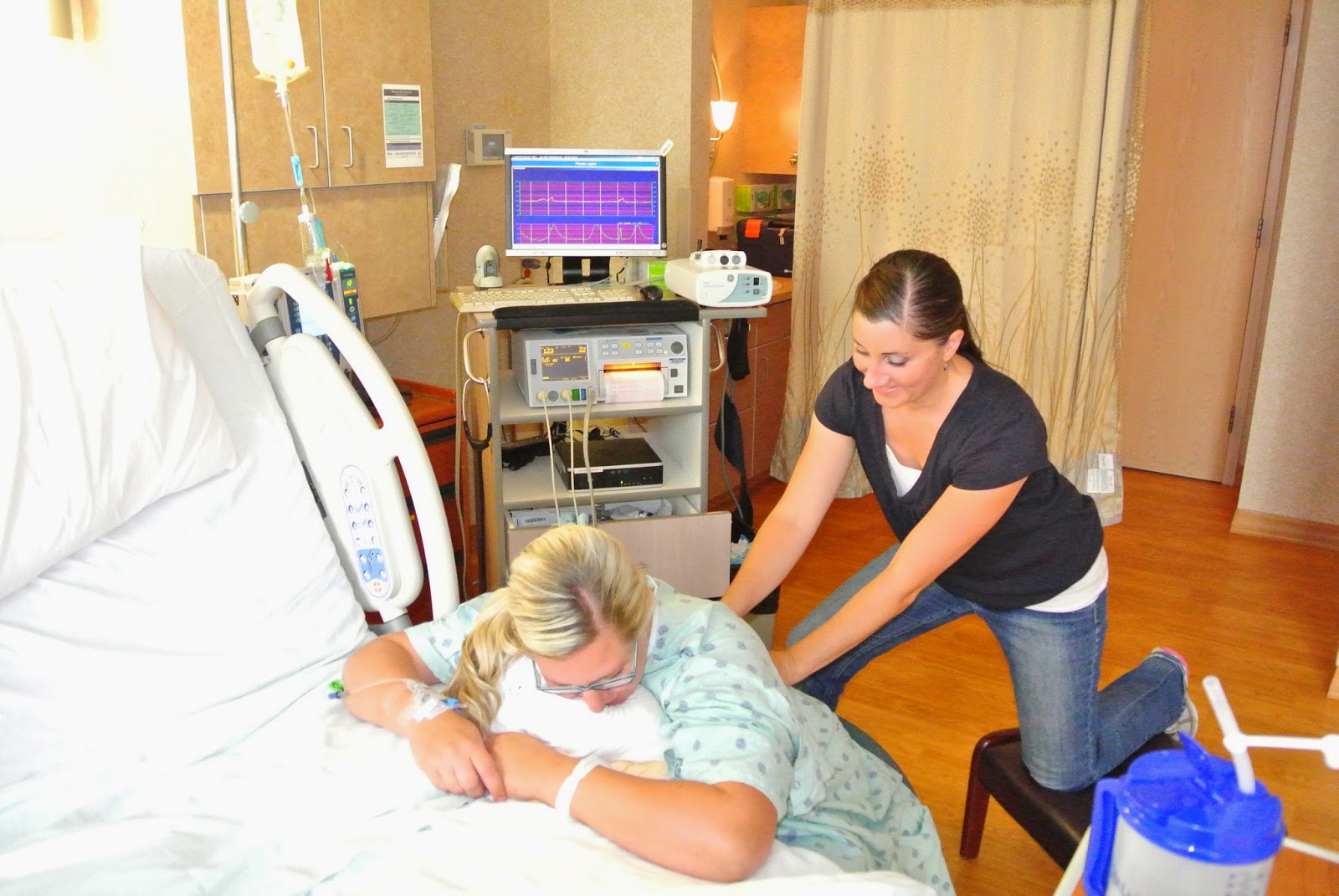 Emily utilized music and relaxation throughout her birth.  She swayed in tempo, and tapped her fingers to the beat. 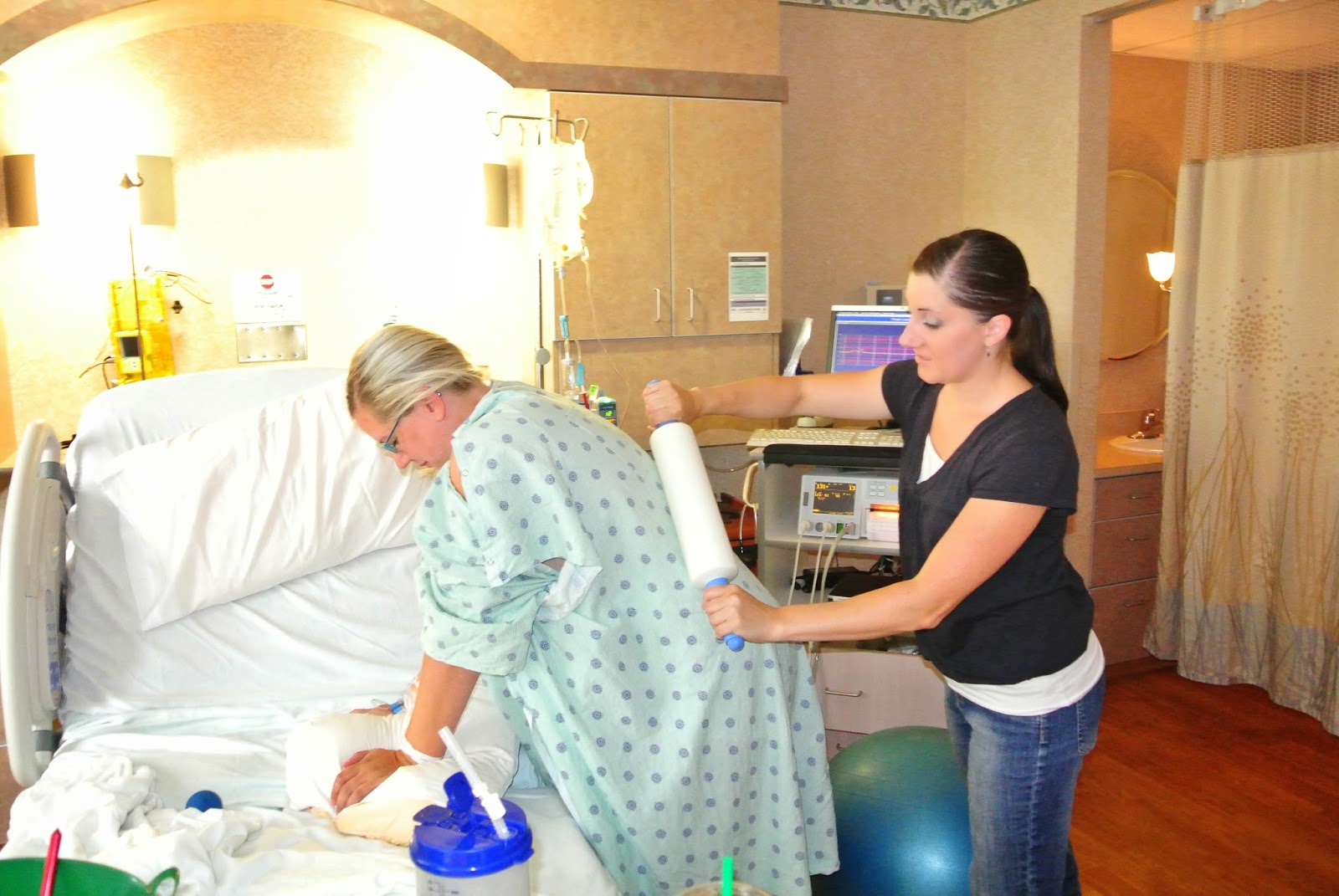 Around 9:00 pm Emily's contractions were very intense.  I rolled a rolling pin filled with ice water up and down her back.  This trick is a dream come true.  I use it all the time, and had it used on me during my births. 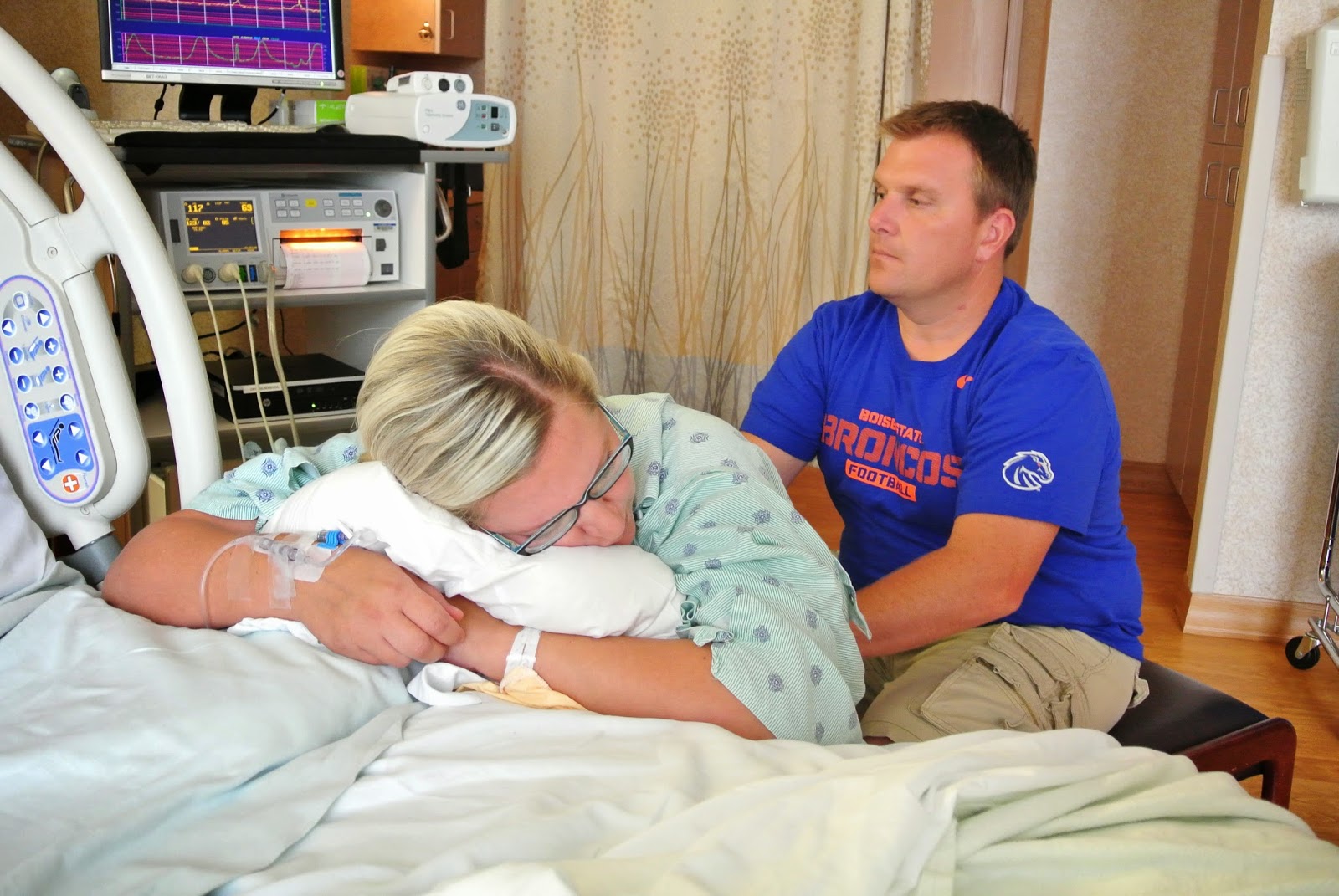 At 11:00 pm, Emily was still only 5 cm, and head was still not engaged.  This is when discouragement really kicks in for moms.  Contractions that are strong but not doing anything are super hard to cope with!
At 11:30 Emily received an epidural, and we all settled in for a nap.  I assumed she would sleep all night, but I was so wrong!
By 1:45 Emily was dilated to 7 cm and her baby's head had finally descended into the birth canal!  Throw in a little vomit, a few pushes, a cord wrapped around his neck, and one tug from the vacuum, and this little cutie was finally born! 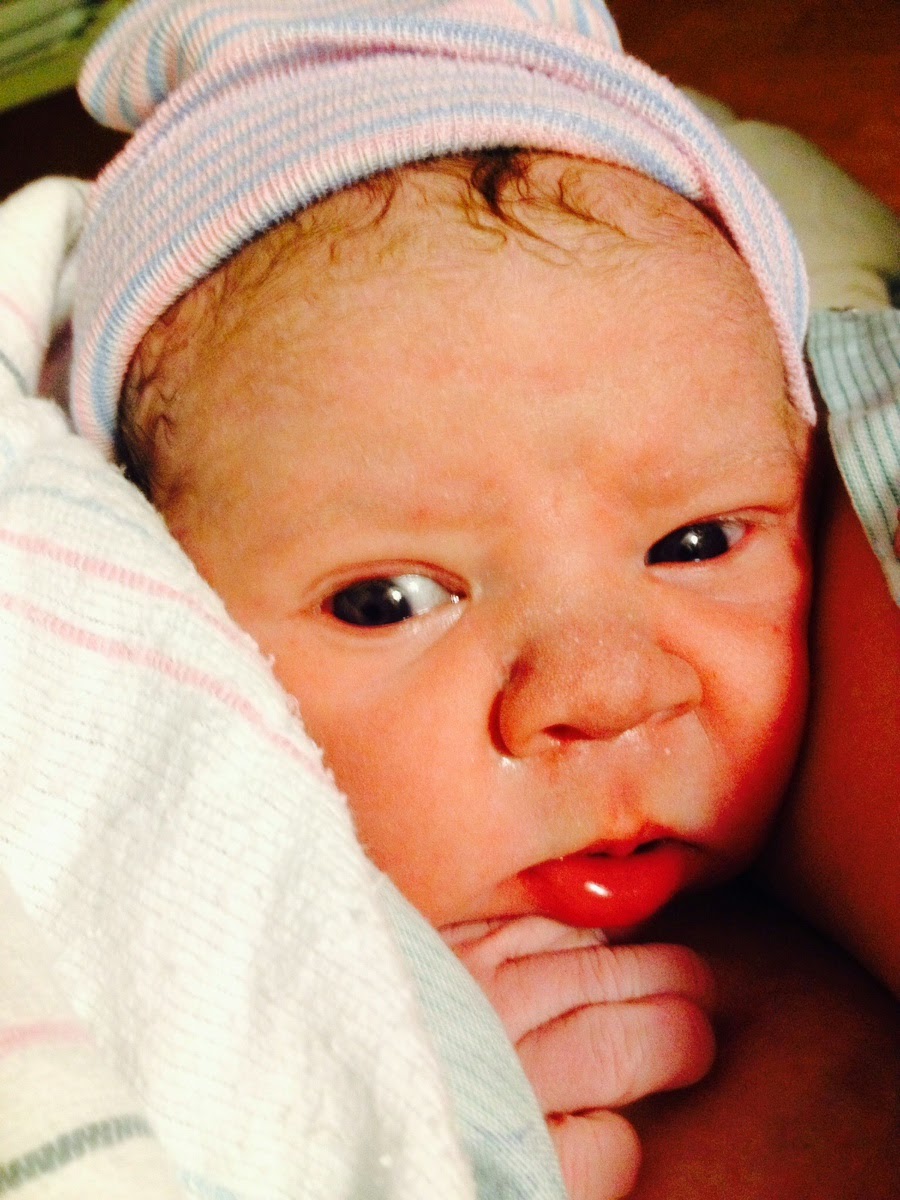