My latest client was so nice to wait until after Christmas to have her baby.  :)  (Although I would have been happy to support her any day!)  It took a couple membrane sweeps and castor oil "labor cocktails" but contractions finally picked up shortly after 4:00 pm. 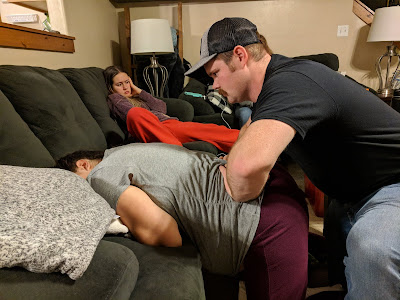 I arrived at 5:40 and found mom laboring on her hands and knees while dad did the hip squeeze.  Mom was still chatty and smiley, but that didn't last long.  By 6:10, things were getting intense.  We added an ice pack to her back and did some rebozo shifting in between contractions. 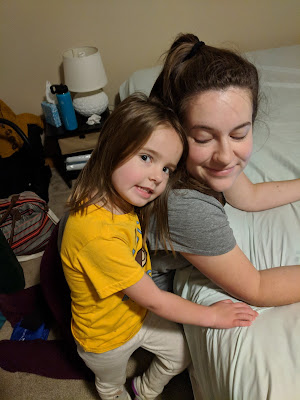 We moved upstairs at 6:20 while her other kids prepared to go over to grandma's house.  This little cutie didn't want to leave her mom's side. 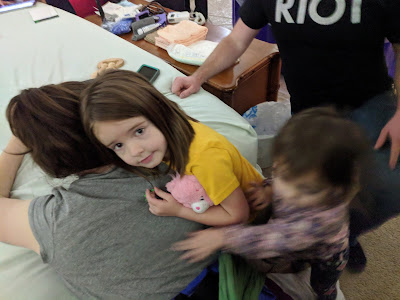 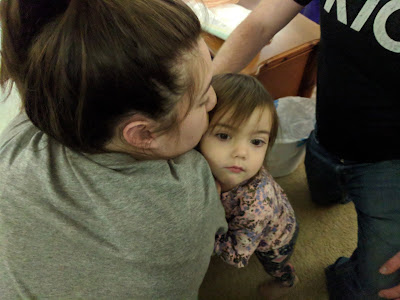 I attended this cutie's birth about 2 1/2 years ago.  Click here to see her birth story. 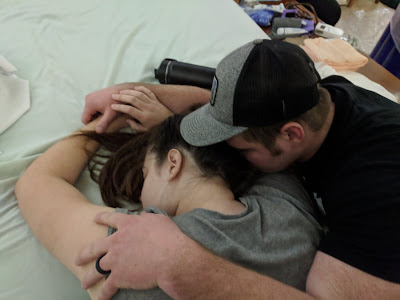 Once the girls were off with grandma, some emotions set in, which is really normal as transitions hits.  Dad was such an awesome supporter.  He always had the right thing to say, and he was working pretty hard carrying boiling water up the stairs to fill up the birth tub faster! 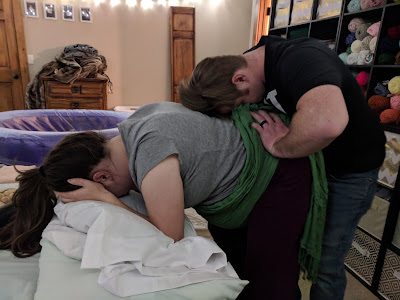 At 6:55, mom said she was starting to feel pressure during her contractions, and at 7:20 she said she thought it was going to be soon.  (Spoiler alert, she was right!) 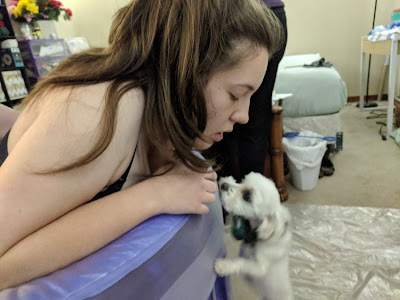 We rushed mom to the tub, and dad hopped in too.  He kept squeezing her hips, and her two little dogs were very interested in what was happening.  :) 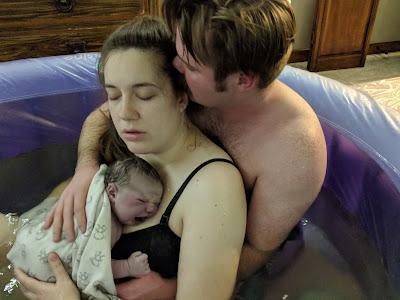 Daisy Pumpkin Pie was born at 7:34 pm on Friday December 28th, 2018. 13 days after her due date. Weighing 9 pounds, 5 oz.
Her head was born in the water with mom on her hands and knees.  But her shoulders didn't like that, so mom stood and placed one leg up on the birth pool to open up her pelvis.  That provided just the space she needed. 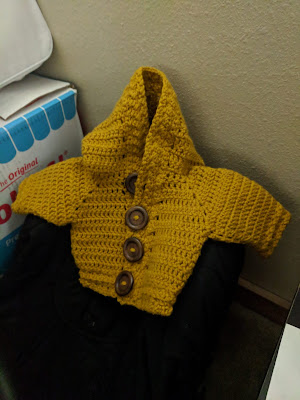 The midwife asked my client if she had eaten dinner, and her response was she had eaten a piece of pumpkin pie that afternoon.  Thus, the nickname Pumpkin Pie was born.  And isn't this the cutest little sweater, all ready and laid out on the car-seat just for Pumpkin Pie to wear on her first outing? 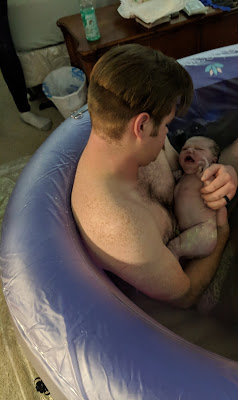 Mom and baby were nursing in bed shortly after 8:00 pm.  Such a beautiful, home birth and so fun to support this family again.
Posted by Music Birth at 9:20 PM No comments: