Sitting at 41 weeks and 2 days, my client's water broke around 7:30 am on Sunday, Oct. 22nd.  To be honest, I hate when the water breaks before labor starts.  It puts mom in this weird limbo phase of not being in labor, but not able to live life normally either.  Her contractions were mild and far apart, and her water leakage was abundant.  We kept in touch over text throughout the day, but there seemed to be little to report.

In the early evening, mom and dad began to wonder if they should go to the hospital to get some antibiotics since she was GBS+.  It's such a hard decision.  She wasn't in labor, and once you go to the hospital, it's unlikely that you'll leave.  But they also didn't want to risk anything.  I encouraged her to talk to her care provider and see if they could get permission to get the antibiotics and then go home.

Her doctor was very supportive and told her it was up to her, but while she was on the phone, her contractions suddenly picked up!  Starting at 8:00 pm, her contractions were intense and coming every 4 minutes!  We could quickly tell that it was time for me to head over!

I arrived at 9:00 pm and found mom laying on the floor of her living room and dad rubbing her back during contractions. I encouraged her to slow down her breathing, but overall she was coping wonderfully.  We stayed like this for a while, and at 9:45 dad gave mom a religious blessing.  He blessed her with power and capacity, and told her that her baby already loves her.  Shortly after, dad's parents arrived and his own father gave him a blessing, as well. 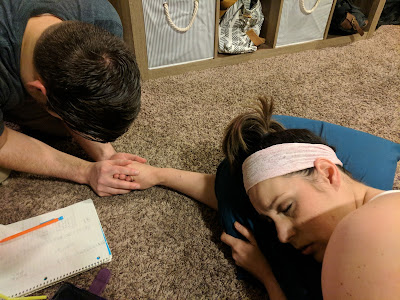 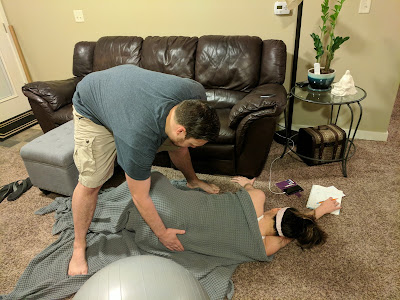 Mom was coping well, but I could tell that each contraction was stronger than the one before it, and I felt it was time to head to the hospital.  With such short breaks in between, it was quite difficult for mom to get ready to leave the house.  There was even a moment or two that I worried we wouldn't make it in time! 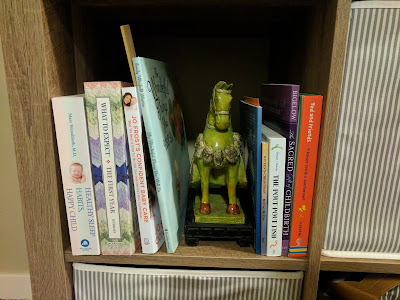 
Thankfully, we avoided a roadside delivery and arrived at the hospital at 10:30 pm.  I quickly updated the nurse on the situation.  At 10:40 mom was checked and was 6 cm.  I felt she was further along than that!  Several minutes later mom said she was starting to feel the urge to push and was making low vocalizations, very typical of a woman about to enter the pushing phase. 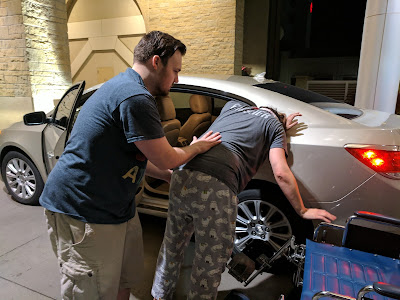 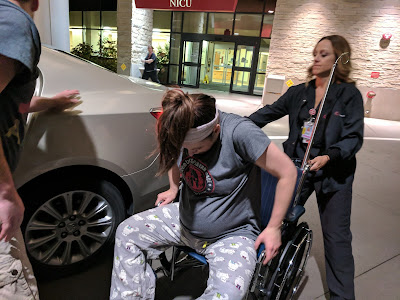 I put on some relaxing music and encouraged dad to sit down next to the bed.  (He suffers from chronic pain and I could tell it was starting to happen.)  The doctor arrived at 11:00, and mom was happy to see that her personal doctor had made it to her birth.  She was checked again and was 9 cm!  That's more like it!  Mom was totally in the zone.  Breathing deeply and even appeared to be sleeping in between contractions.  The contractions spaced out a bit, which is typical right before pushing. 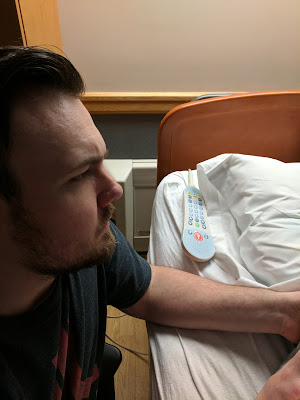 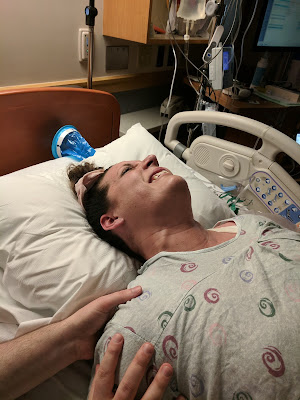 At 11:30 mom was complete and the urge to push was coming.  I could tell dad was really struggling with his own discomfort, but he never left his wife's side.  We were so close!  Mom found her inner strength and quickly  figured out how to push effectively. 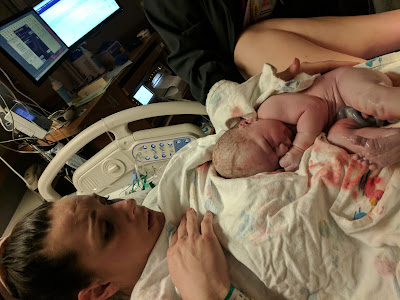 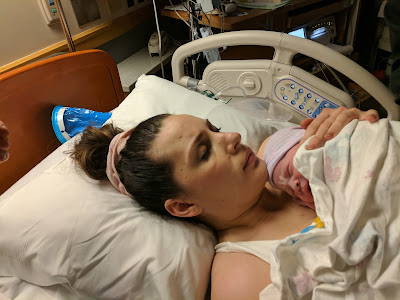 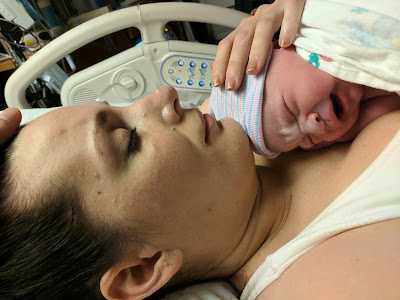 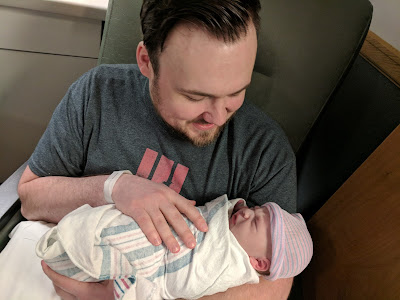 Mom and dad looked their son over, commenting on how he got his mom's fingers and toes, and his dad's neck. 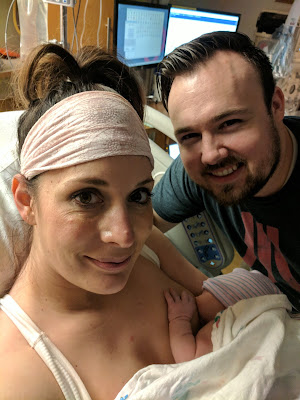